DENMARK: THE LAND AND THE PEOPLE

It’s the land that brought us both Vikings and Legos. My mom and I have discussed this at length and decided this conversation had to have taken place (in fact, this is the actual transcript): “[Viking spokesman:] I know most people think the Vikings are somewhat defunct – what little they know, right? – but I have this idea. Why rape and pillage anymore? That was so 10th century.  We’ll change our tactics: we’ll attack from inside homes. We’ve created this incredibly heinous weapon called the Lego. It looks just like a child’s toy – parents will be scrambling to buy as many of these possible, making us a lot of money. Kids will drop these all over the floor in their slobovian ways, and the adults will step on them and practically die in minutes. Kids are immune to the diabolical powers Legos hold. It’s practically perfect in our Danish mastery of taking over the world, one brick at a time.” Ok, maybe it might not be EXACTLY that way, but it sure seemed plausible to me. 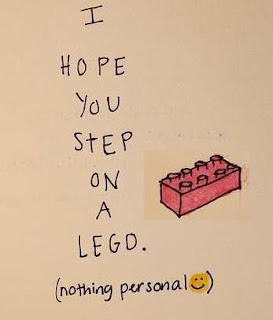 Denmark lies on a peninsula just north of Germany in the North Sea and includes 407 islands (of which only 70 are inhabitable). Denmark also lays claim to the island of Greenland (off the coast of Canada) and the Faroe Islands, which are located between Scotland and Iceland.  Although it’s not exactly clear, the word Denmark is thought to be derived from the word “Dani” which refers to a group of people who were indigenous to the area, and the word “mark” which may refer to woodland or a border land. Denmark is also one of the handful of countries that border only one country.  Technically, it shares a land border with just Germany, but it is also connected by Sweden by bridge.

As far as its early history goes, the people are ethnically related to the Germanic peoples from the south and Scandinavians to the north, and were invaded (and ethnically cleansed) by the Anglo-Saxons. Between the 8th and 10th centuries, some Danes (as well as some Swedes and Norwegians) were known as Vikings, who were ruthless, invading, pillaging, and generally taking over wherever they wanted.  They’re often depicted wearing helmets with horns coming from the sides in large boats with highly ornamented figurehead on the bow. (Just watch "How to Train Your Dragon.") Although they weren’t Danish, two of the most famous Vikings were Eric the Red and his son Leif Ericksson.  The Vikings were great explorers, credited with discovering Iceland and the eastern shores of Canada (especially Newfoundland). One of the early kings of Denmark and Norway is Harald Bluetooth. In fact, the Bluetooth icon is actually an overlay of the Nordic runes for the letters H and B (his initials).  Too bad I can never get a bluetooth connection to actually connect. It’s more like blurtooth.  It’s rumored that it was Harald Bluetooth who officially wrote the name “Denmark” on jelling stones, which are giant stones near the city of Jelling that have rune writing on them.  In following the footsteps of the Dutch East India Company, the Danes laid its own claims to regions in India as well (specifically the region of Tranquebar) and the islands known as the US Virgin Islands, known then as the Danish West Indies.  During WWII, Denmark signed a non-aggression pact with Nazi Germany, which they invaded Denmark anyway.  Nowadays, Denmark generally does peacekeeping missions in various countries.

The capital city is Copenhagen, a city of about 1.9 million (about my size of city).  The name Copenhagen means “chapman’s haven” or “merchant’s harbour.”  It’s located mostly on the eastern shore of the island of Zealand and partly on the island of Amager. It’s also right across the sound from the Swedish cities of Malmö and Landskrona.  I’ve always imagined that it was super cold there, but because the island is situated where it is, it doesn’t normally get below 10º F in the winter and average temps in the summer are between 60-70ºF. I’d say this is one more reason why I should move here. It’s a world-class city with museums, universities, nightlife, sports teams, and of course, beer. Copenhagen is also home to one of the world’s best restaurants, Noma, ranked number one for three years in a row by Restaurant magazine.

Denmark enjoys a fairly strong economy.  They have the lowest level of income inequality in the world and the highest minimum wage in the world as well (I read it’s roughly around $19/hr). And they’re really into green/clean energy and energy efficiency.  Denmark has utilized wind energy for a long time and is working on integrating this wind energy with the national grid. Right now, they’re also working on creating and integrating the electric plug-in car technology.  They also huge on being a “cycling society” – getting rid of so many cars on the roads daily and modifying their infrastructure to create bike lanes.

The vast majority of the people speak Danish, which is related to Norwegian, Finnish, Swedish, and German.  Because the people of the Faroe Islands also speak Faroese and the people of Greenland also speak Greenlandic, these are also official languages as well.  There are quite a few German speakers near the German border, which makes German one of the more popular foreign languages to learn, along with English.

The vast majority – almost 80% of the population – are Lutheran.  Of course, Lutheranism is the established religion of Denmark.  There is a very small Muslim population, and recently there is a “new” religion called Forn Sithr which is basically centered around pre-Christian Norse paganism.

In some ways, Denmark has long been a progressive country and is a country of many firsts and number-ones.  It was the first country to legalize pornography in 1969 as well as establish gender-neutral marriages twenty years later.  They also excel in the sciences, giving the world the famous physicist Neils Bohr and philosopher Søren Kierkegaard.  Adopted in 1219, the Danish flag is the oldest flag in the world that is still used by an independent country.  There have been several studies which rank Denmark as one of the happiest countries in the world. The Danish royal family can trace its uninterrupted line all the way back to 934AD – the oldest royal family line in Europe.  The architect for the famous Sydney Opera House in Australia was designed by a Danish guy (Jørn Utzen), which was recognized as a World Heritage Site, and he was only the second recipient who was still living at the time of the induction. The longest suspension bridge in Europe (called the Great Belt Fixed Link) links the Danish islands of Zealand and Funen, making it also the third-longest in the world.  And Denmark has the oldest and second-oldest amusement parks in the world -- the Dyrehavsbakken opened in 1583 and Tivoli Gardens opened in 1843.  I’m very excited to cook food from Denmark, listen to my Spotify playlists for Denmark, and discover other really cool things about this country.  In fact, I’m going to go make my sourdough starter for my rugbrød right now.

Up next: holidays and celebrations