One of the earliest forms of art found in the Philippines is pottery. Pottery was a key element for advancing a society because it allowed people to store and cook food. Early pottery was made with clay, and they created a variety of pots and containers for a number of purposes from food preparations (cooking, eating, storing food) to ceremonial uses (urns). Over time, the styles and decorations changed on each pot. 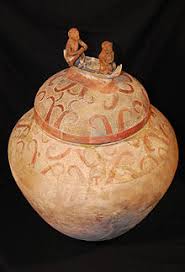 Filipino women are also skilled in weaving. Some of the materials they use in traditional weaving are the fibers from pineapple, cotton, bark cloth, and abaca (the same material that also gives us Manila folders). Depending on what they are making, woven baskets, mats, cloth, rugs, hats, and other items were commonly made.

After the Spanish arrived, they introduced European-style painting. In the beginning, the Spanish brought along quite a few religious paintings and used them to teach the islanders about Christianity. In turn, they also taught them how to paint. At first, the Filipinos painted in the same style that the Spanish taught them: only Christian/religious paintings. But around the 19th century, certain Filipino artists who were wealthier than others began to branch out and break tradition: they introduced secular paintings like Filipino landscapes and Filipino subject, not European Christian themes. They began to paint themselves, their culture, and their land. And as war hit their country during the 20th century, they used painting and art as a means of expression to deal with the pain and destruction of their country.
A few artists of note include Elito Circa (folk artist who paints with human hair, blood, and body fluids), Juan Luna (painter, sculptor, political activist during 19th century Philippine Revolution), Benedicto Cabrera (famous painter, known as BenCab), Fernando Amorsolo (famous painter of portraits and landscapes), David Medalla (sculpture, performance art, installation, kinetic art), Augusto Arbizo (artist, painter, curator), Rey Paz Contreras (sculptor, famous for using recycled materials), Félix Hidalgo (famous painter of 19th century), Malang (cartoonist, illustrator, painter), Ang Kiukok (painter, worked in cubism, surrealism, expressionism), Lito Mayo (graphic artist, print maker, sculptor, art professor), and Anita Magsaysay-Ho (counted as one of the major painters in the Philippines—and only female included in the “greats” list).
Of the earliest forms of literature, epic stories were one of the primary forms of storytelling. Most of these stories were told by word of mouth and passed down from generation to generation. Some of the wealthier families were able to afford to have these stories transcribed down. One of the more famous epic stories is Darangen, a story that originated from the Maranao people of the southern island Mindanao.

Although I imagine there was a certain amount of literature produced during the years the Spanish controlled the country, most of the canon of modern literature was created after the United States took over. As Filipino writers witnessed the transformation to a new colonial period, much of the literature during the first few decades were in response to the Spanish-controlled times. As the 20th century progressed, the Modernismo genre took a prominent role, steeped in the literary traditions of Latin America. 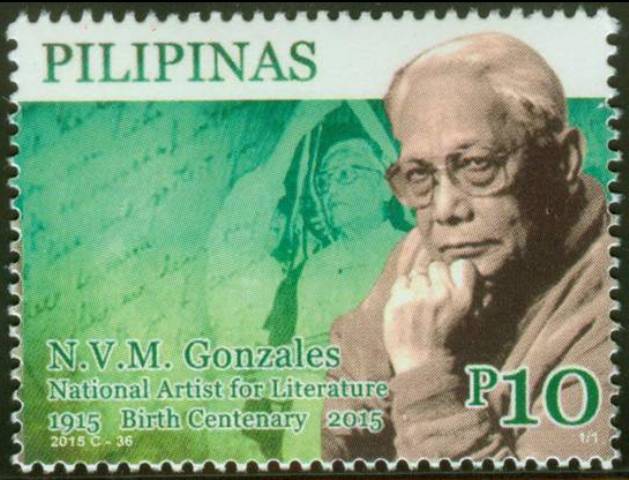 Up next: music and dance
Posted by Beth Adams at 7:42 PM